Scott Armstrong joined the team at The Demo Kitchen in May 2015 as an intern – part of his practical experience (food media) for his chef’s course at the Institute of Culinary Arts. He was a quiet guy from the get-go, but I immediately realized what he’s made of after I plunged him into the deep side with a four-day cooking demo marathon at the Good Food & Wine Show.

Scott was always 30 minutes early for work. He skated here with headphones in his ears. He had loads of initiative and brought new recipes to the kitchen often. He had a very small notebook where he wrote down recipes like a journal, the pages falling apart from steamy kitchen environments.

The best recipe that Scott had introduced to me last year, is this bread recipe. He made paninis for our sandwiches everyday, and they were absolutely drop-dead delicious. I love a good bread recipe, and this one may be the best I’ve come across that doesn’t use a mother starter dough or several hours of double proofing or a wood fired oven. You do, however, need a stand mixer because the dough is super runny. You’ll also need a dough scraper for cutting and handling the proofed dough, otherwise the portions are very difficult to transfer to the baking tray. Expect to clean your mixer afterwards, because the sticky dough creeps up into the motor mechanism. But I promise you, it’s all worth it.

Thank you Scott for sharing this recipe with me. I’ll treasure it while I watch you excel at your promising career as a darn good chef.

Tip: Keep left-over bread wrapped in plastic bags, and give it a quick refresh in the oven before serving to return it to its full glory.

This post has also been featured on The Pretty Blog. 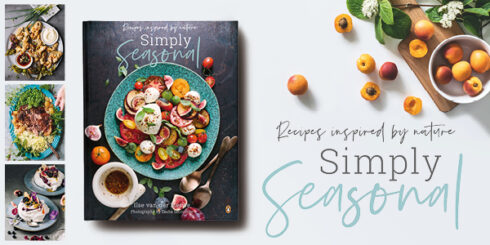